A number of years ago, around my Junior or Senior year in high school, Grandma Flood decided to gather her entire family and take a day-cation to the Pennsylvania Grand Canyon.  She made it mandatory that all her children, grand-children, and great-grand-children be there for this unofficial census of the family.  My family traveled up from VA–me, Mom, Dad, Rob, Sis, and her boyfriend-at-the-time Dan–and met the rest of the family at a grocery store parking lot. Aunts, Uncles, In-laws, and all of their offspring boarded a charter bus and began the journey to this little-known wonder of the Pennsylvania wild lands. The bus and subsequent tour were provided by a Mr. Wolf, an old friend of the Flood family, and the overall cost was a well kept secret by Grandma.  The countryside was beautiful with all the colors of Fall (I believe it was Fall, we all had jackets) and the whole experience was a once-in-a-lifetime kind of thing.  When we got to our destination we all hopped on open wagons drawn by Clydesdales–which Mom thoroughly enjoyed–and jounced down a trail to a scenic overlook spot. The view was unforgettable: a vast valley full of trees that were a myriad of oranges, yellows, reds, and all of the other colors of Autumn. We took in the vista, took pictures, and marveled amongst ourselves at the beauty of it all; all while Grandma Flood took in her ever-growing lineage.  About this time, someone called for a head count and a family picture.  All in all the total was around 40; now, some 8 or 9 years later, it’s grown quite a bit, probably around 50 plus.  I’ve come to realize that that day was one of Grandma’s most cherished memories of her later life.  Shortly after that, I had promised Grandma a poem about that day–for I thought myself a poet in those days–but have still to deliver.  Though her memory is fading these days, she often asks me for that poem.  I am chagrined every time she asks because I have been slacking in the poetry department.  I would see it as one of my greatest failings if I did not deliver that poem before it was too late.  So I will try my hand at it here.  I apologize if it is weak and inadequate, but I would at least like to attempt it now.

We arose in the early light

To trek to the established site

Of the meeting of generations,

To our Matriarch’s delight.

Either through respect or fear.

She chartered a bus,

As she knew she must,

Through an old family friend

At expense unknown to us.

We all clambered on,

As up came the sun,

And the bus traveled toward

We cruised down highways

And passed over byways,

With fall on either side

The bus came to a stop,

Though the journey did not,

At the mouth of the valley

That Grandma had sought.

Appeared for our legion

To carry us down

Into the Grand Canyon.

The colors of Autumn

We took a family shot

At the scenic overlook spot,

And took a head count

That sure was a lot.

A tally of two score,

Right there on that porch,

That, today, is much more.

We love you Grandma, and we appreciate all that you’ve done to make this family what it is.  We will forever cherish that day and mark it down as one of the best days we have spent as a family, all 40 plus of us.  Thank you for making that possible.  We wish you many days of upside down refrigerator magnets and missing caramel candies. 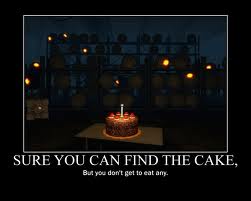 A number of weeks ago I was browsing through Facebook and came across a post by an acquaintance of mine whom I respect.  This fellow had just stumbled upon or been shown a Facebook page created to support Muslim extremism.  As a veteran of Afghanistan, he was quite upset about it, as he should be; but then as I scrolled down to the Comments section I read many angry posts in agreement with his initial one.  Many of the Commentators were calling for some kind of “Action” from the Powers That Be. Everything from Facebook administrators banning the creators of the page to the Government tracking them down and charging them as terrorists.  Now, the members of this Muslim Facebook page/group hadn’t committed any crimes that I could see (because as a good aspiring historian I did my research and browsed through their page), they had simply exercised their First Amendment Rights, albeit in an offensive and bigoted way.  I’m not spun up on what all is in the Facebook Terms of Agreement or whatever (though maybe I should be…) so there’s a good chance they may have breached those rules, but no actual crime had been committed. I decided to add my two cents and simply commented “Freedom of Speech, bro.”  This started a frenzy.  My acquaintance responded in a very hasty and angry manner, of which I don’t remember the specifics, which set off a whole train of thought in my head. Mind you I was as angry about the Muslim page/group as he was, but my father also brought me up to think rationally and look at all sides of an issue. So I began to type a retort that I was sure would be long-winded, but I stopped and deleted it.  “Why?” you ask. Because I realized that my acquaintance was as firm in his opinion as I was mine, so I let the matter drop.  As I mentioned, I respect this man, so I didn’t want to sully that by starting a Facebook Comments Argument.  Thankfully typing takes a little longer than speaking and there’s the option of the delete key; my brain-to-mouth reflex is usually much faster. But there was still this big retort that had already fired to the forefront of my brain and I just had to get it out. It was like the kid who’s been told what Daddy’s getting for Father’s Day and to keep it secret but just can’t help himself and blurts it out as soon as Dad’s home from work. So I decided to toss it into my writing journal instead, and felt much better afterward.

So here’s what I wrote down in a frenzy of lead and big words:

With the advent of social media, publicized opinions are more prolific.  Recently, I’ve been noticing a lot of anti-Muslim sentiment, and understandably so.  There’s a lot of anger towards pro-Muslim/pro-ISIS posts and pages [on Facebook], and I’m angry too, but to say that they should be censored or punished for exercising their First Amendment rights is hypocritical.  Freedom of speech, like many of our rights, is a two-edged sword, so you can’t deny someone the right that you enjoy no matter how vehemently you disagree.  I get it, you may be very personally affected by the actions of certain groups, and you’d be well within your rights to verbally (or typographically) express your ire and disapproval; but to suggest that ACTION should be taken, especially government action, is to attack the rights that have been bought and paid for in blood time and again.

The part that really irked me in all those comments was the one about censoring the offenders. Censorship is a big deal to me.  As an avid reader and a fledgling writer, that word is almost as offensive to me as insulting my mother.  I believe that no one should be censored, that all should be allowed to speak their piece, and if there is disagreement then a calm and rational discussion or debate should follow.

To sum up with a cliche’:

You can’t have your cake and eat it too.

It’s a warm Saturday night in Southern California. It’s my birthday weekend and I’m alone in my room, drinking Budweiser, and sitting in front of my computer while folk metal softly plays in the background.  As I write this, the clock will tick past midnight and I’ll officially be 25 years old.  I hold no degrees, no solid position in a major company, and I’ll be leaving my current job of 4 years in less than 7 months.  I’m single, no kids, very little postsecondary education under my belt and not a lot to show for 25 years.  Basically my resume is short and boring. Some birthday huh?

Well I know it sounds bleak and depressing, but before you start sighing and saying “Awww” know this: I’m happy in this moment and wouldn’t want to be spending it any other way.  I’ve spent the last 6 hours or so in front of my computer, not browsing Facebook, perusing YouTube, or even scanning Twitter.  No, I’ve been reading my Aunt’s blog.  I’ve been aware of said blog since it’s inception but was always “too busy” to read it.  I wish I had sooner.  But as I’ve sat here reading story after revealing story about her life I’ve been inspired.  So many of her stories have renewed my faith in humanity and given me hope for my future.  I’ve come to realize that in order to lead a happy successful life I don’t need to own a business, be a CEO, or even have acclaim; I just need to live a life devoted to my own happiness and those around me and all else will fall into place.  That’s not to say that it will all be puppies and sunshine, Lord knows my Aunt’s had her rough patches, but through it all she’s still maintained a positive outlook and managed to find the humor or wisdom in every story that life presents her with the chance to tell.  So thank you to my Aunt for sharing her stories, not for her own fame or gratification, but so that others can read them and be inspired, humbled, and just plain entertained.

On that note, through the counseling of her and some other close confidants and other recent events, for the first time in my life I finally have a clear goal for my future.  Not the clear-cut lucrative plan I had out of high school, but a plan that I know I can achieve because I’m passionate, devoted, and — above all — intelligent and talented enough to do so.  My dad always told me “Do what you love and the money will come.” And though I cherish and live by that phrase, I was never quite sure what I loved and what I was truly good at.  I’ve always been a “Jack of all trades Master of none”, meaning I could learn just about anything and do it well but I was never truly great at one thing, which really makes it hard to choose a career path.  For years this has frustrated me to no end and I would find myself late at night just asking the Universe “Why”. Well if I had been listening, the Universe would’ve told me “You’re not quite ready.” I am now. I feel I’ve finally grown enough to confidently pursue my dream — not a childhood dream mind you, I don’t think I ever really had one of those — of being a History Professor.

So I give you this first look into my life, dear Reader, on the day I turn a quarter of a century, in the hopes that the next 25 to life will be full of joy and contentment.  It’ll be a long hard road, but please join me on that path; who knows? maybe I can inspire somebody….or at least entertain them for a few minutes.  I’ll post stories as often as I can and hopefully you can find the time to read them.